10 Ways to Ensure a Robot Doesn’t Steal Your Job 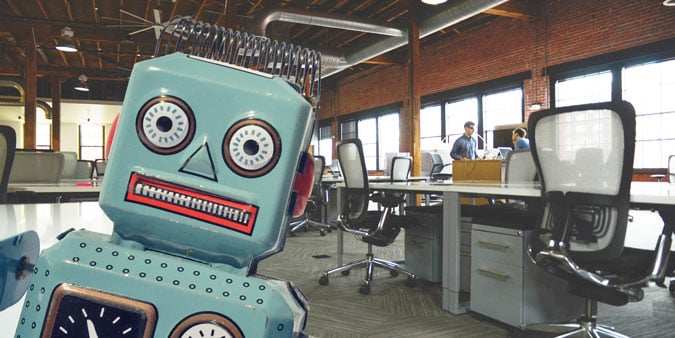 Is Artificial Intelligence (AI) a threat to your career? Yes. But read on.

AI is likely to have an increasingly significant impact on the knowledge management profession over time. But with the right strategy, you can be assured of remaining employed in your chosen field.

The Technical Potential for Automation in the U.S.

McKinsey, the renowned management consulting firm, recently published an article titled Where machines could replace humans—and where they can’t (yet). Following a detailed analysis of over 2,000 work activities in more than 800 occupations, they examine how automation—such as machine learning and robotics—could impact professions which involve a substantial share of knowledge work. Based on the findings in this article, here are some strategies that can help prepare us for the changes to come.

1) Avoid jobs that are highly predictable.

2) Avoid jobs that are not mentally challenging.

3) If you don’t want a mentally challenging role, look for one in an unpredictable environment.

4) If you don’t want to work in an unpredictable environment, be sure the job is mentally challenging.

6) Pursue positions that involve an advisory or teaching role.

9) Pursue roles where the end product or service has a strong human element.

10) Become an expert in workplace automation.

Change is the Only Constant

Bonus career strategy: embrace change. For many of us, this is not an easy thing to do. But the reward for embracing change is empowerment. Those who embrace change get to choose their future.