Knowledge Management—as Easy as Falling off a Bike? 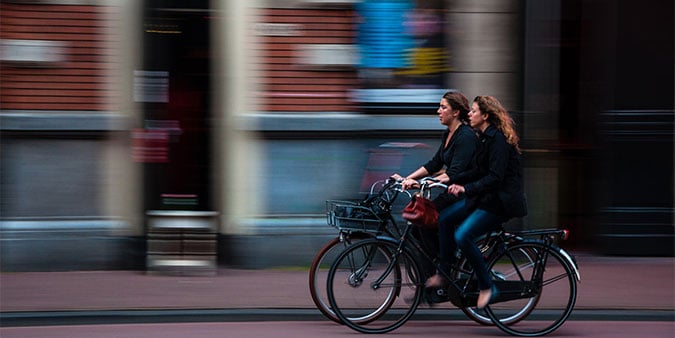 How many collaborators does it take to change a light bulb?

I was just visiting with a client and we had a long discussion about the benefits of collaboration in KM.

In KM circles, knowledge is often defined as either explicit (defined as knowledge that is codified and written down) or tacit (defined as “know-how,” and thus hard to write down and transfer to others). Some KM practitioners go so far as to claim that explicit knowledge isn’t really knowledge, but simply “information.”

KM practitioners who emphasize tacit knowledge tend to focus on collaboration and knowledge transfer via social interactions. This leaves books or other written materials out of the KM equation—and I believe that’s dangerous.

I do believe that collaboration is important and critical for KM, but I also believe explicit knowledge is a critical part of your KM ecosystem.

Knowing how to ride a bike usually falls into the category of tactic knowledge. We assume the skill of bike riding is know-how; it cannot be written down. We assume you need someone to teach you; you just can’t learn it from a book. Most of us learned to ride a bike by having a parent teach us, and with lots of practice. Let’s dig a little deeper into these assumptions.

Here is the method:

Result: The trainee can now ride a bike.

So is riding a bike “know-how?” Yes, clearly the skill of being balanced on a bike is in your head and cannot be written down or easily transferred to others. But the ability to learn this skill can be written down, and can be followed so that others can learn it.

So, let’s circle back to the subtitle—“How many collaborators does it take to change a light bulb?” If instructions are written down—not many. If they’re not written down, it could take several, as various attempts run into difficulties, such as: the light bulb is broken because it is gripped too hard, the person receives a nasty shock when exploring the socket, etc.

What do you think? Does your knowledge system support both collaboration and knowledge lookup?